More than 100 years of excellence, and counting.

United’s roots go back to 1916, when H.D. Snell opened his first United Cash Store in Sayre, Oklahoma. Today, his legacy has grown to include 66 stores under five distinct formats: United Supermarkets, Market Street, Amigos, United Express and Albertsons Market. The United Family now has over 13,000 team members in 32 markets including west and north Texas and eastern New Mexico.

In 1949, H.D. “Jack” Snell, Jr., purchased the Vernon and Wellington grocery stores from his father and the Texas tradition began to grow. An innovative visionary, Jack introduced United to Lubbock in the 1950s, Wichita Falls in the 1960s and Amarillo in the 1970s.

From the beginning, H.D.’s focus was on treating each Guest as he would want to be treated. Since then, his philosophy of providing outstanding Guest service, value, high-quality products, and involvement in the communities we serve has never waivered.

In 2013 United Supermarkets L.L.C. was bought by Albertsons L.L.C. and now operates as a separate, decentralized division of the Albertsons Company. Joe Albertson founded his company in 1939 with a similar philosophy to the Snell Family. Joe said: “give customers the products they want, at a fair price, with lots of care along the way.” For a company that built its reputation on service, that’s a sentiment we can relate to.

Giving back and receiving 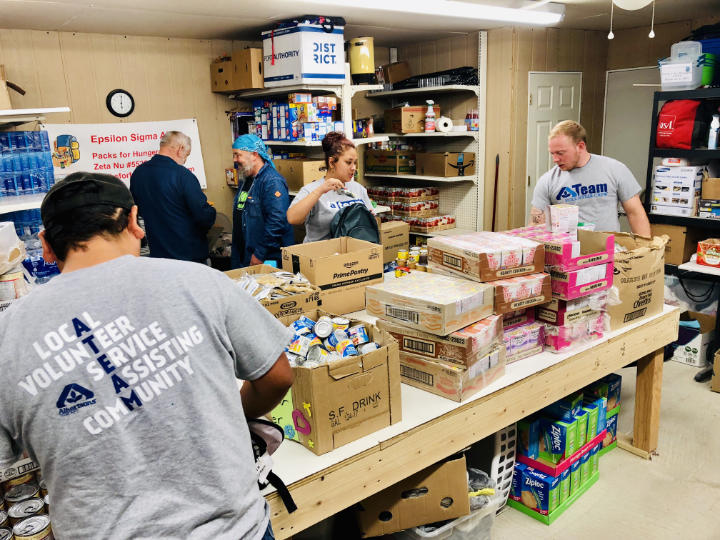 One of the greatest privileges we enjoy is giving back to the communities we serve. In 2003, we were proud to be named the inaugural winner of the Supermarket News “Community Service Award” for our innovative UCrew community volunteer teams.

In 2001, we were named winner of the Better Business Bureau’s “National Torch Award for Marketplace Ethics,” joining previous winners IBM, Sony Corporation, and Dollar General Stores in being recognized for ethical treatment of Guests, employees and communities. The company has been on the Dallas Morning News’ “Top 100 Places to Work in DFW” list, and on Texas Monthly’s “Best Companies to Work for in Texas” list three times. Most recently, United Supermarkets was named the 2010 “Deli Operator of the Year” by InStore Buyer Magazine.

In addition, our stores are consistently voted “Best Supermarket” in balloting by local shoppers in virtually every one of our communities.

About the United Family®

In its 103rd year of operation, United Supermarkets, LLC – d.b.a. The United Family® – is a Texas-based grocery chain with stores in 53 communities in Texas and New Mexico. A self-distributing company with headquarters and their recently expanded distribution center in Lubbock,